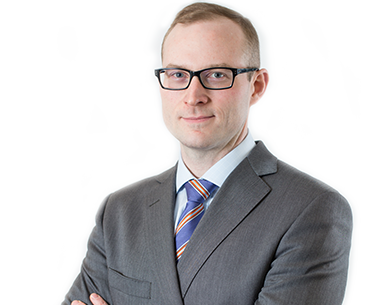 Matt is a Partner with Peacock Linder Halt & Mack LLP; his practice involves a wide range of commercial civil litigation with a focus on oil and gas, securities, insurance, class action defence and trust disputes. He has appeared as counsel before the Provincial Court of Alberta, the Alberta Court of Queen’s Bench and the Alberta Court of Appeal. Matt also represents clients in numerous forms of alternative dispute resolution, including judicial dispute resolution and mediation.

Prior to joining the firm, Matt clerked for the Alberta Court of Appeal and articled with a major international law firm. In 2009, Matt obtained a graduate degree from the University of Oxford in international dispute resolution and international commercial law.

Richard Van Dorp Mylène D. Tiessen Back to All Lawyers