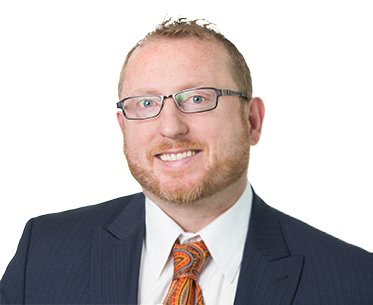 Pat joined Peacock Linder Halt & Mack LLP in 2009 and is now a partner with the firm. Prior to joining the firm, he was an associate at a major international law firm, practicing corporate commercial litigation.

Pat was a summer student at the City Solicitor’s Office of Thunder Bay in 2003, a researcher for the Asper Chair of International Business and Trade Law, as well as the Legal Research Institute of Manitoba in 2004.  He served as law clerk for the Honourable Justice Eleanor R. Dawson at the Federal Court, the Competition Tribunal and the Court Martial Appeal Court of Canada until 2007.

Pat has attended at all levels of Court in Alberta, the Federal Court, the Federal Court of Appeal, and the Tax Court of Canada. He has acted in complex matters before numerous regulatory bodies, such as the Alberta Securities Commission, IIROC, the Mutual Fund Dealers Association, the Law Society of Alberta, the Chartered Professional Accountants of Alberta and the Alberta Teacher’s Association.

Prior to entering the practice of law, Pat served three years in the Canadian Armed Forces infantry.

Pat is an assertive counsel with a wide array of practice areas, often acting for both public companies and individuals.  Examples of recent cases include:

Pat is a strong supporter of local arts, and is an annual subscriber to Calgary’s Vertigo Mystery Theatre.

Pat has volunteered for Law Day, and assisted the University of Calgary in its mooting program, and from time to time has taken on pro-bono cases.

In his spare time, he collects and trades rare science fiction and fantasy art, and regularly travels to art conventions.  His art collection has been featured in Avenue Magazine, Amazing Stories Magazine, and on the Scifi & Fantasy Network.  Parts of the collection have been shown at various art venues and events in Calgary.

Elena Semenova Richard Van Dorp Back to All Lawyers